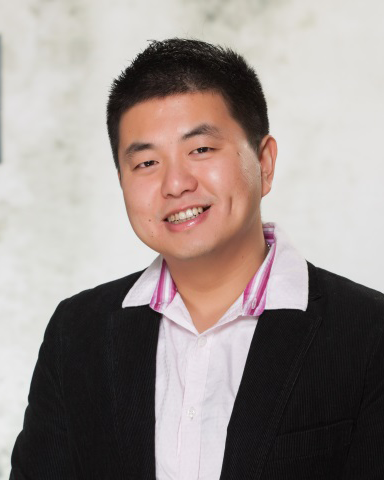 From the coastal province of Zhejiang, China (known as the “Land of Fish and Rice”) to the “City that Never Sleeps” – Tom and his family first came to the United States in 2007.  They chose Flushing, a neighborhood in Queens, New York, as their new home.

There is a burgeoning Chinese-American community in Flushing, but being in the midst of a large network of people with language and culture in common didn’t mean it would be easy to succeed.  Tom found work in delivery services, but he was supporting not only himself, but also his extended family.

“Every day was spent in exchange of sweat for money.  Income and options were limited.  When my wife and I married, we didn’t even have a honeymoon.”  As the father of a newborn son, Tom had strong desires that everyone can relate to:  the ability to own their own home, buy a new car, take a family vacation.  Could he accomplish that on an hourly wage?  He didn’t think so.

Tom explored other options, looking for an entrepreneurial solution offering an additional stream of income – one without limits.  He even tried a network marketing opportunity, but gave it up, finding it difficult to earn enough at the beginning to make it worthwhile.

A chance encounter with a friend of his mother who recommended Shaklee products changed everything.

“A friend of my mother from Shanghai told us about Shaklee, which was growing very rapidly in China.  My mother asked if there was a US branch, and if it was as good as what they have in China.  I wanted to learn more, but it took me several months to locate my upline, Lee (Senior Key Coordinator, NY).  Lee spent a lot of time introducing the company and the products to me.  She brought me and friends to attend a meeting in Manhattan. When I saw that amongst the other attendees, there were almost no other Asians, to me it spelled ‘opportunity.’”

Tom joined Shaklee and became a Director, then a Senior Director.   Then his growth plateaued.  At first, there was no Chinese-language support from Shaklee, but when Mandarin-speaking Field Support Representative Bobbie Chun entered the picture, the pieces began to fall into place, and Tom and his team felt they could share Shaklee even more broadly.  And share they did.

Tom says, “We believed in the products.  We had many excellent experiences with them.  But with the support of Bobbie, the team could now also convey a belief in the company, that it is valid, substantial and honest.  And we had the support of our uplines, including Lee and Senior Master Coordinators Jeanne and Steve T., who recognized us and made us feel validated.”

“Tom has become a catalyst for change, he has really spearheaded the Shaklee movement in the Chinese-American community in Flushing,” says his upline Steve T.

Upline, Jeanne says, “When I think of Tom, I think of his smile, his optimism, his humility, and his enthusiasm for sharing the value of the Shaklee products, and the limitless potential of the opportunity.  He really is a very humble man who doesn’t have to be center stage, but his enthusiasm and energy comes through.  He’s grown personally so much, so fast, and he is absolutely fearless about sharing Shaklee with anyone he believes can benefit.”

It’s clear that, for Tom, the best reward so far in building such a fantastic organization in Shaklee is how it has changed his life, and the lives of those who have joined him on his team.   “After joining Shaklee, my wife and I traveled to Bali, Indonesia, and I took the whole family to Mexico.  And I know there will be more exciting trips waiting for us.  It’s fun being able to go on vacation ourselves, but it’s even more fun to be able to bring many others with us.  These kinds of opportunities are what makes this business so exciting.”