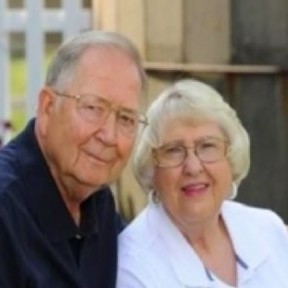 In 1969, a friend of Chuck’s invited him to attend a Shaklee meeting. Chuck originally had no intention of getting involved—he went just to get his friend off his back. But he ended up being intrigued by a product that could possibly help our family get healthier, and by the Shaklee Opportunity that could allow me to be a stay-at-home mom for our three sons and help get us out of debt. Three meetings later, Chuck was convinced, but we had no idea how big an impact Shaklee would have on our lives.

We started using Shaklee products in addition to becoming Distributors, and every member of our family got healthier. After six months, we were also earning three times what my income had been as a nursing supervisor. I was able to be a stay-at-home mom and pursue Shaklee on a full-time basis.

Shaklee has helped us broaden our horizons and experience things we may never have done without it. For one, I used to be terrified of public speaking, but the practice I’ve gotten with it due to Shaklee has made me very comfortable talking and presenting to large groups.

We also took an unforgettable Shaklee trip in 1977, when we made Master Coordinator and the International Leadership Convention was in London. It was our first trip outside of the United States, so we planned to make the most of it.

Me and Chuck and our three sons—Bob, Bill, and Brian—decided to take a side trip with another Shaklee family of five. We flew into Paris, where we spent two days exploring. We then took the train to Frankfurt, where we toured for three days, then a train to Amsterdam, where we stayed for two days. When we arrived in London for the Convention, we were blown away by where we were staying. Our two-bedroom suite at the Grosvenor House Hotel included a lavish living room and library. We were treated like royalty and were on cloud nine the entire time.

But it was 10 years after joining Shaklee that my biggest dream became a reality.

When I was nine years old, I made a promise to my dad to get the family farm back for him after it had been lost in an estate resolution. I put the picture of the house—which my grandfather had built—on my Shaklee Dream Board in 1972. In 1979, thanks to our Shaklee income, Chuck and I were able to buy back our beautiful, 200-acre family homestead.

Having a personal goal that was tied to my past, family, and emotions kept me going regardless of the ups and downs we faced while building our Shaklee business, ensuring that I kept focused on my will to succeed and never gave up.

Perhaps an even bigger lesson, though—and one that played into our successful business—is the one we learned from Dr. Shaklee: If you help enough people get what they want, you will get everything that you want. We’ve taken Dr. Shaklee’s words to heart and we’ve been richly rewarded as a result.