Our Dream 2020 Trip incentive trip travels to Costa Rica! Famous for its natural rainforests and exotic wildlife, Costa Rica has become the number one destination in the world for eco-tourism.

When you earn this incredible trip, you’ll earn a six-day, five-night stay at the Dreams Las Mareas Resort – a first time destination for the Shaklee Family.

Surrounded by lush tropical beauty, Dreams Las Mareas Costa Rica is an all-inclusive resort where guests of all ages will enjoy watersports, land activities, and kid-friendly fun as well as fine dining, live nightly entertainment and so much more! 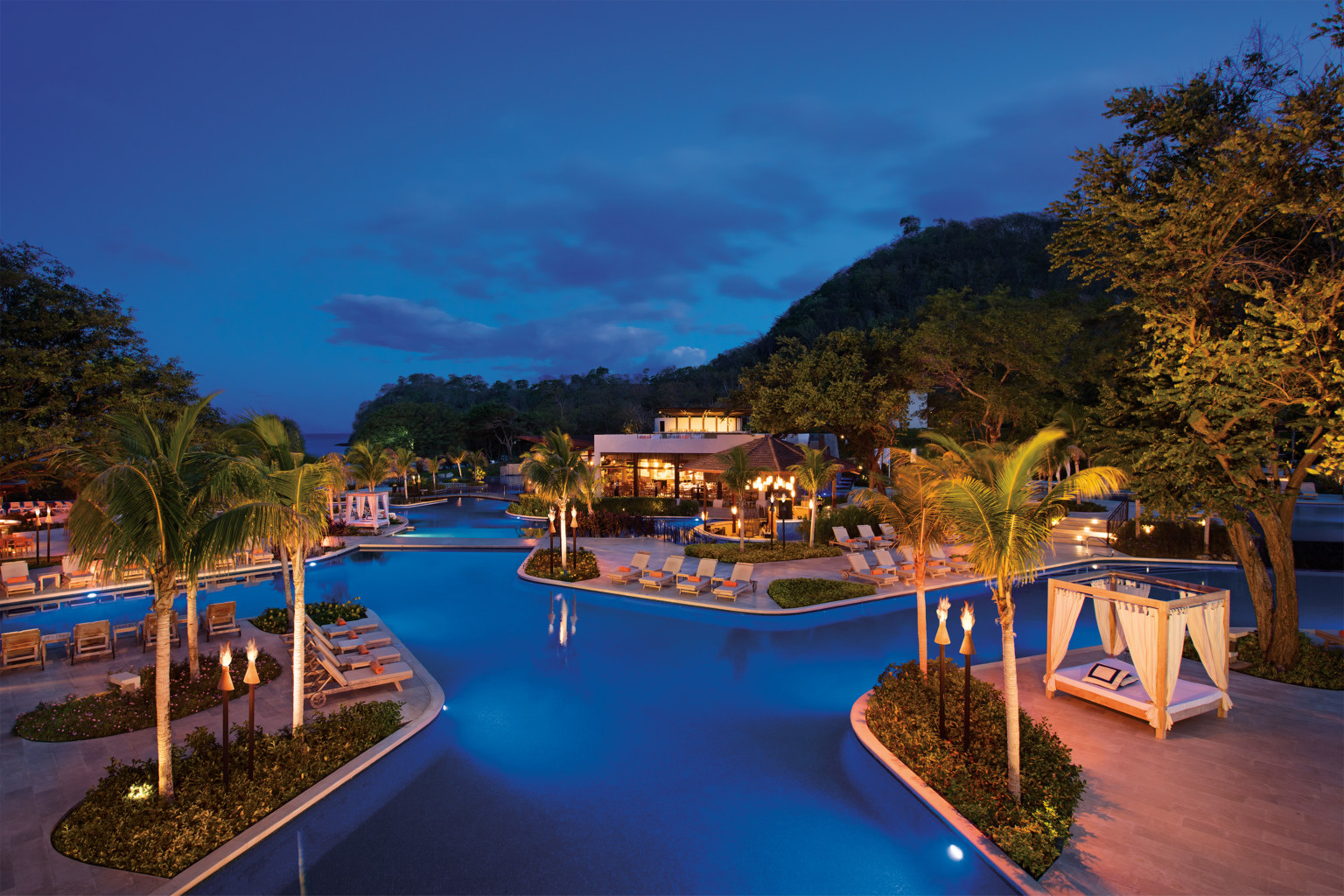 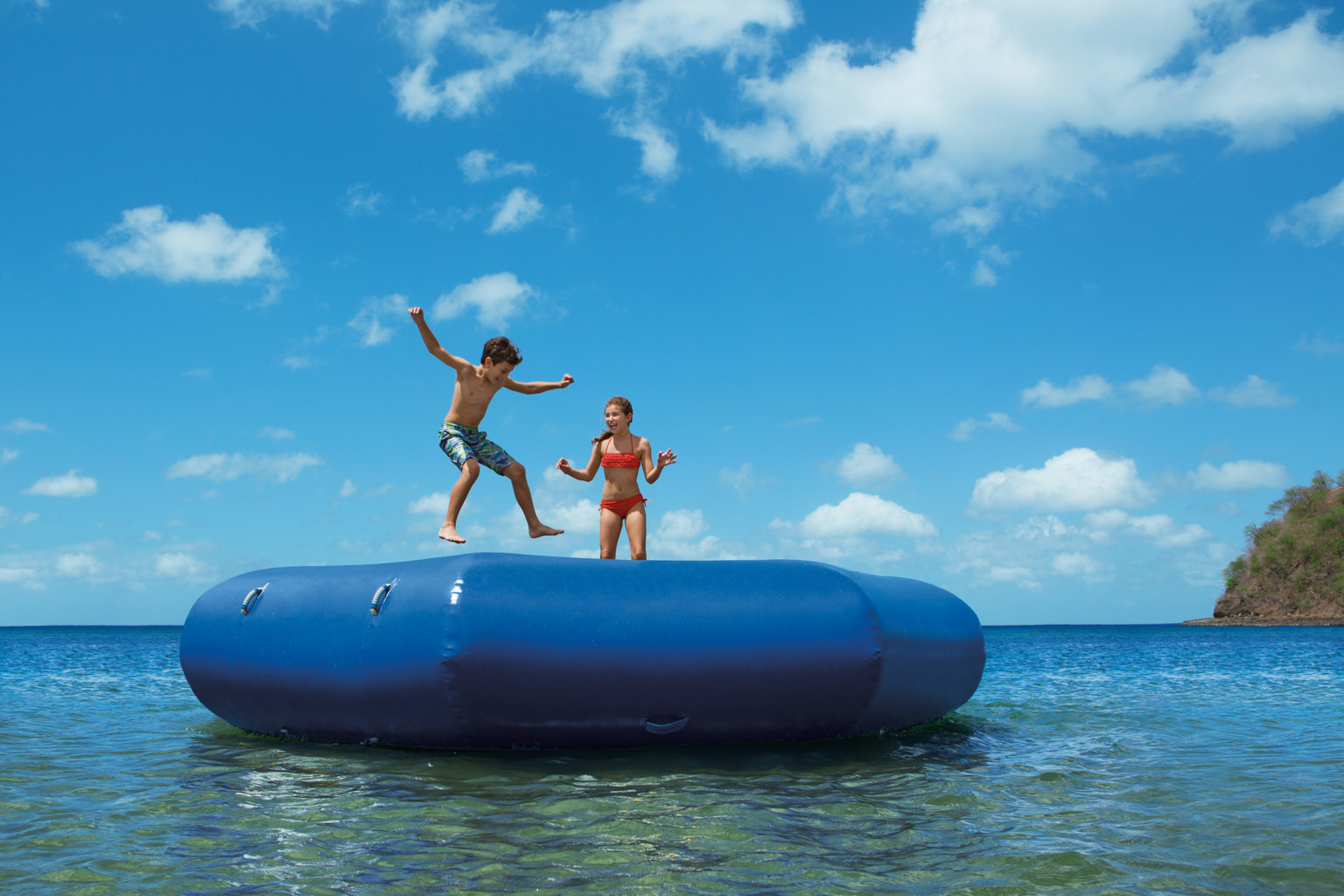 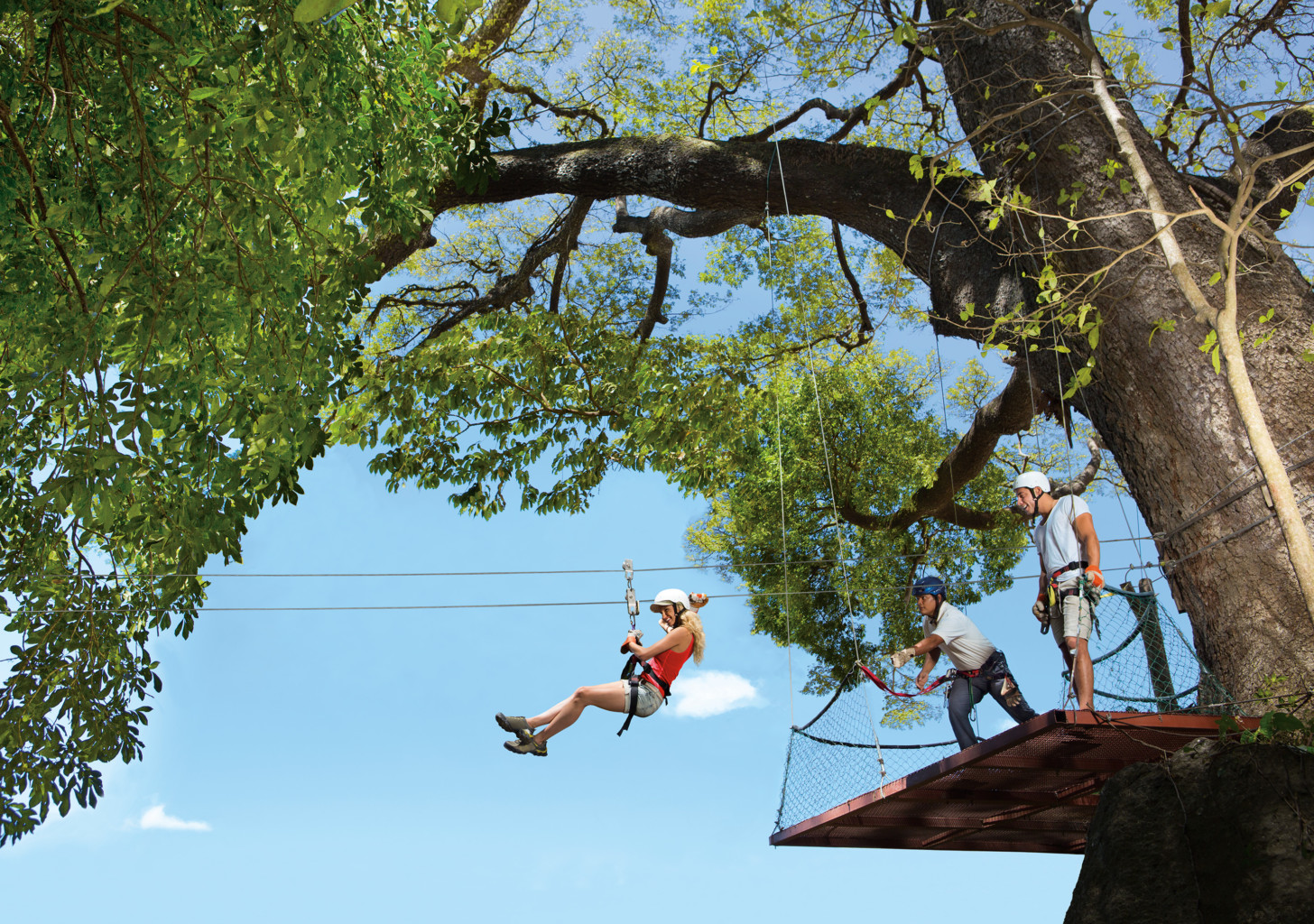 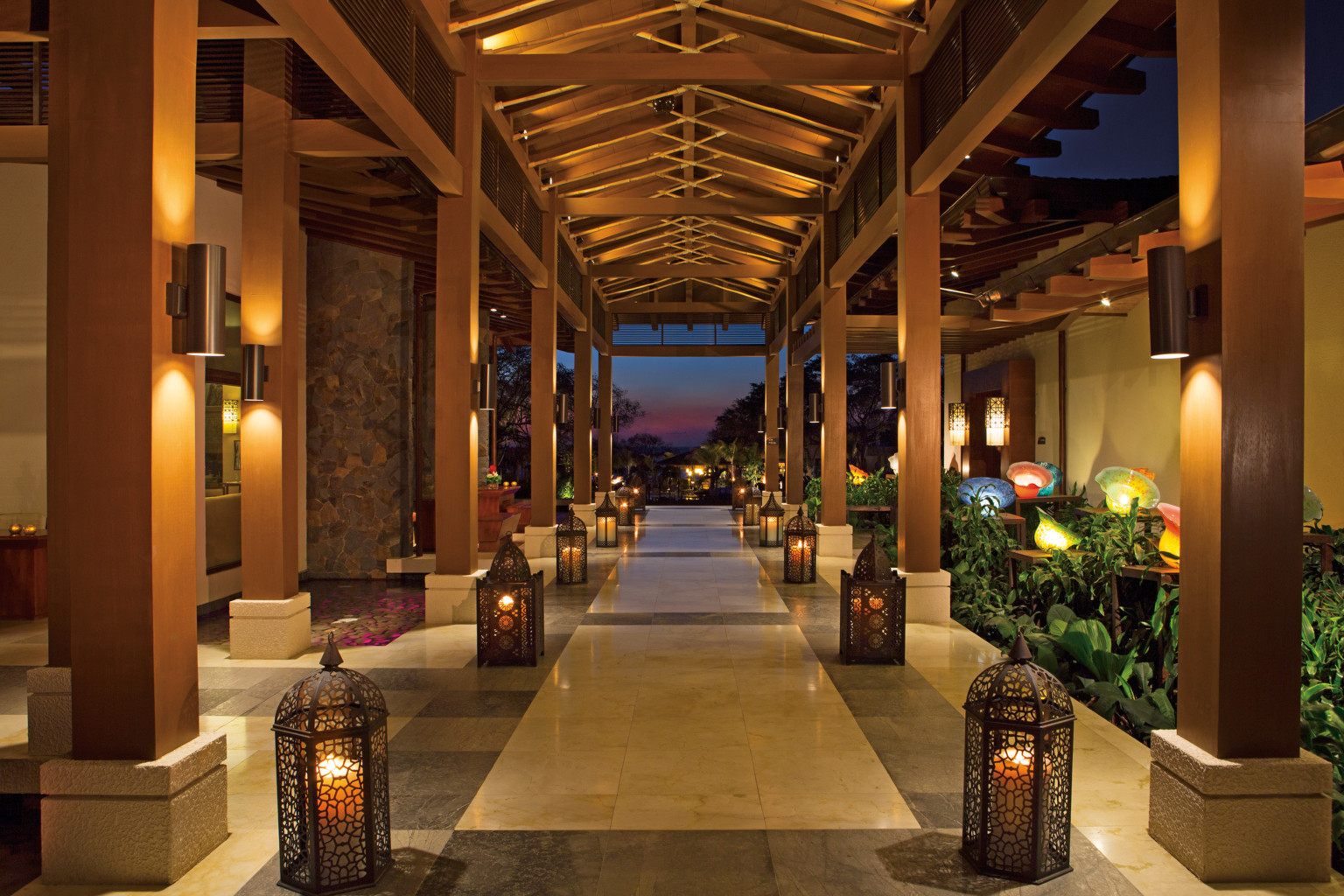 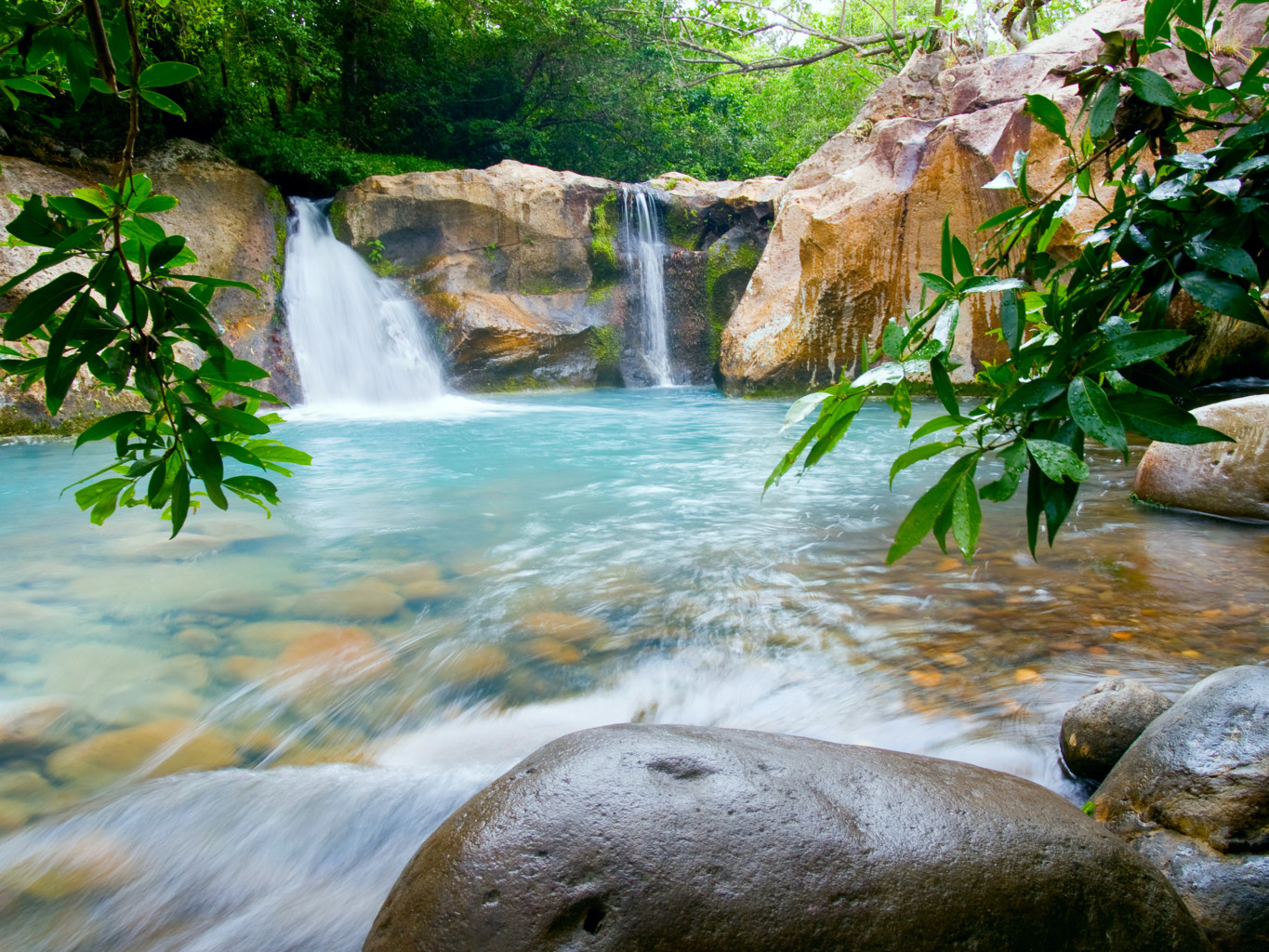 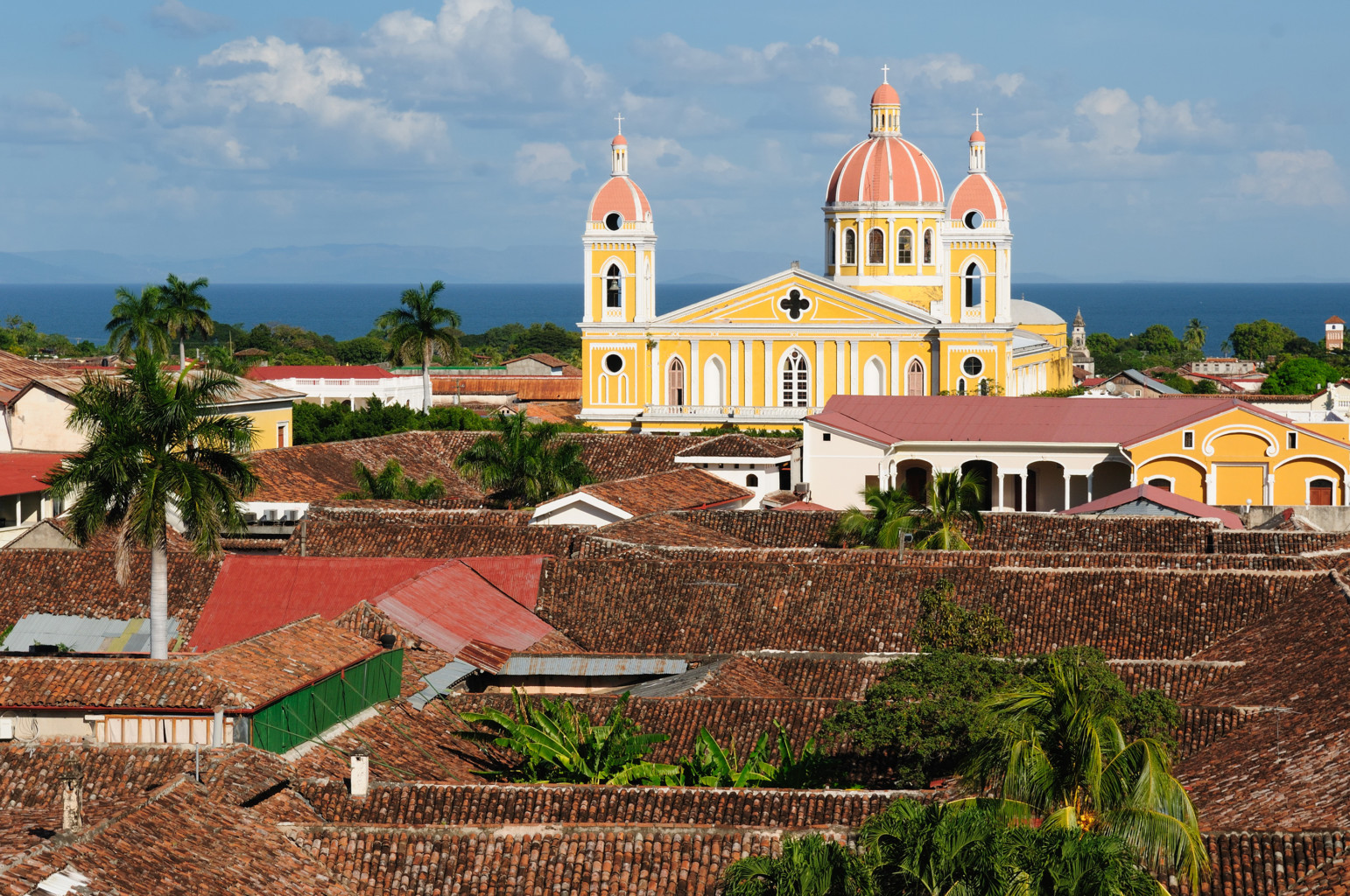 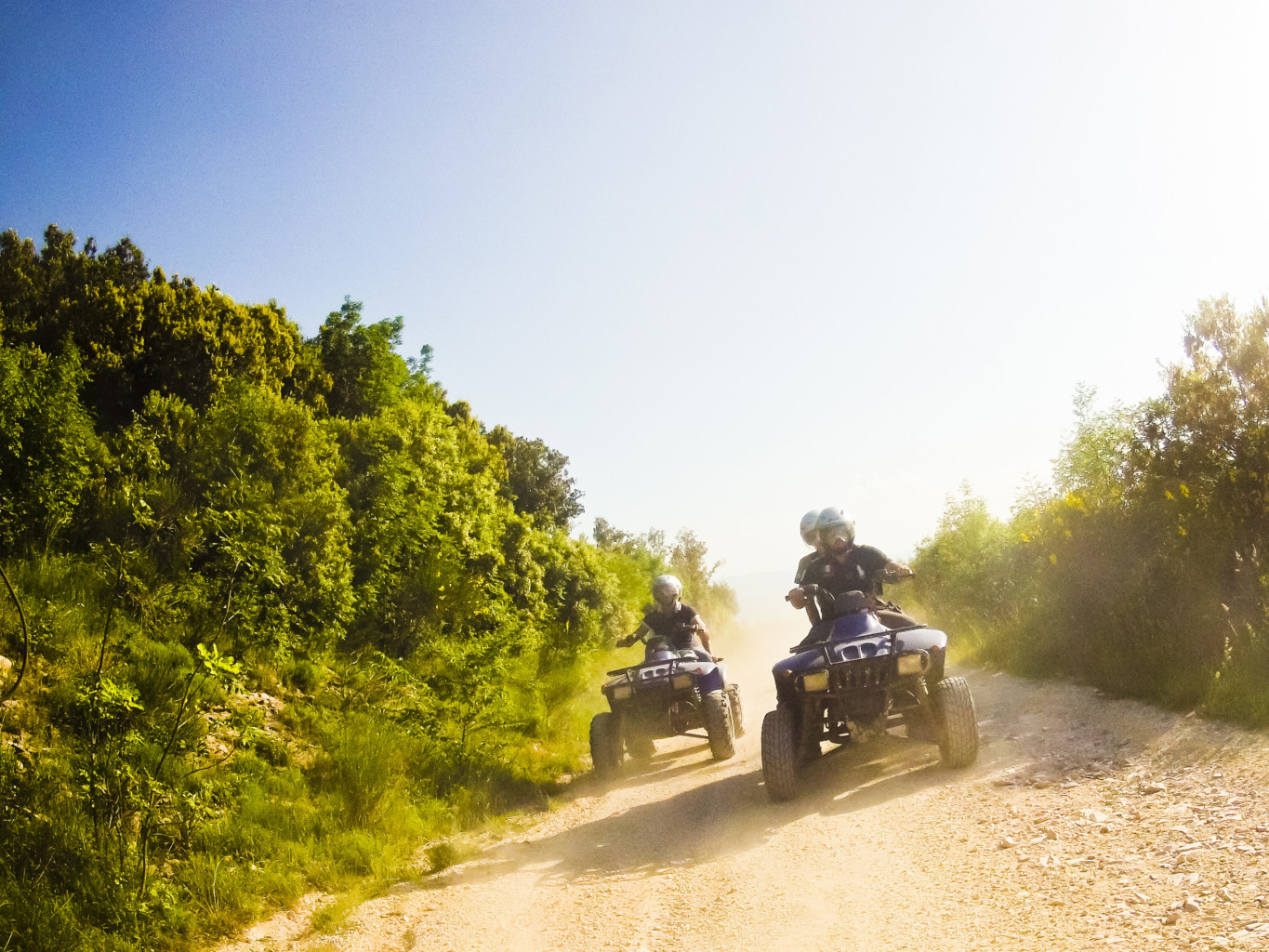 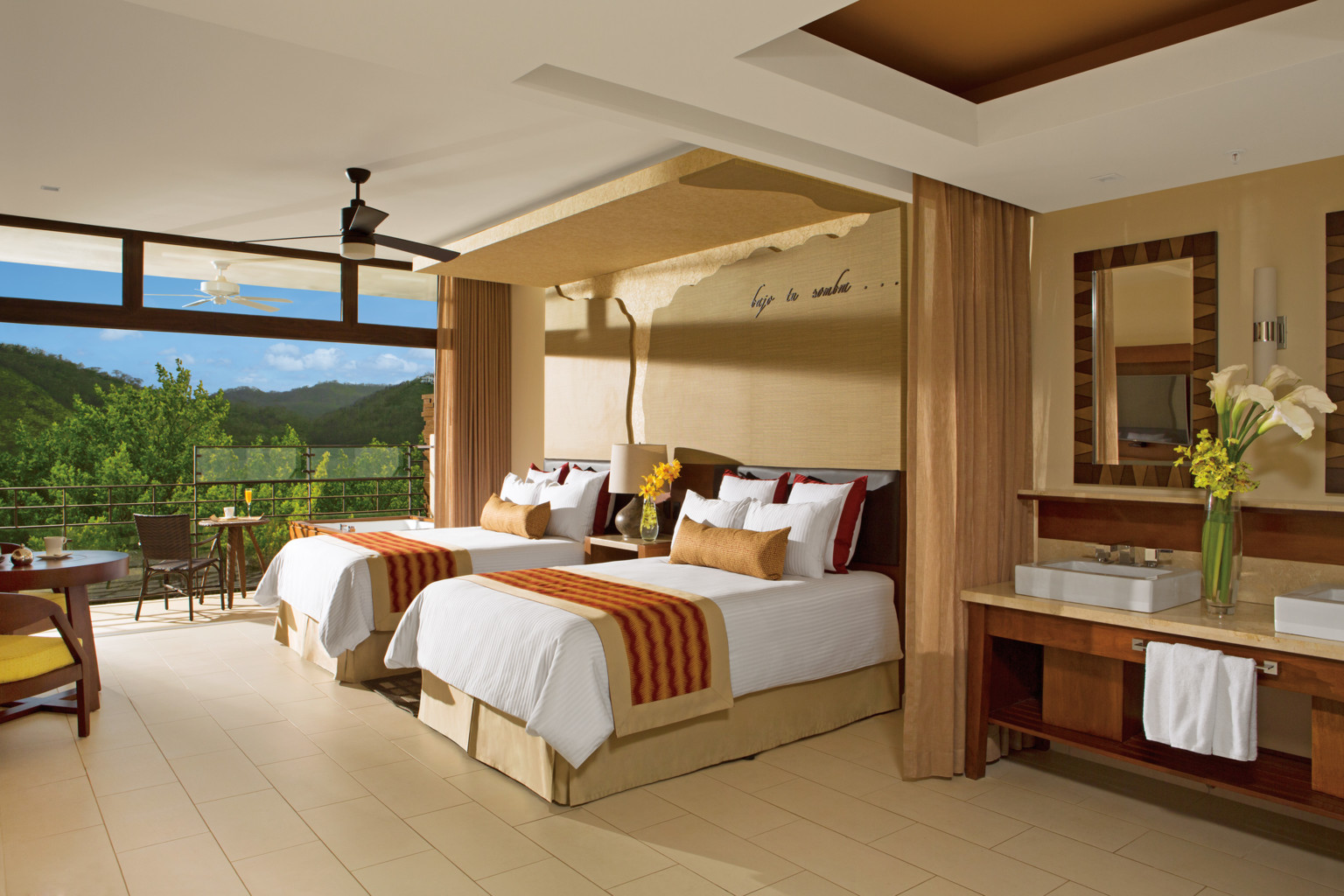 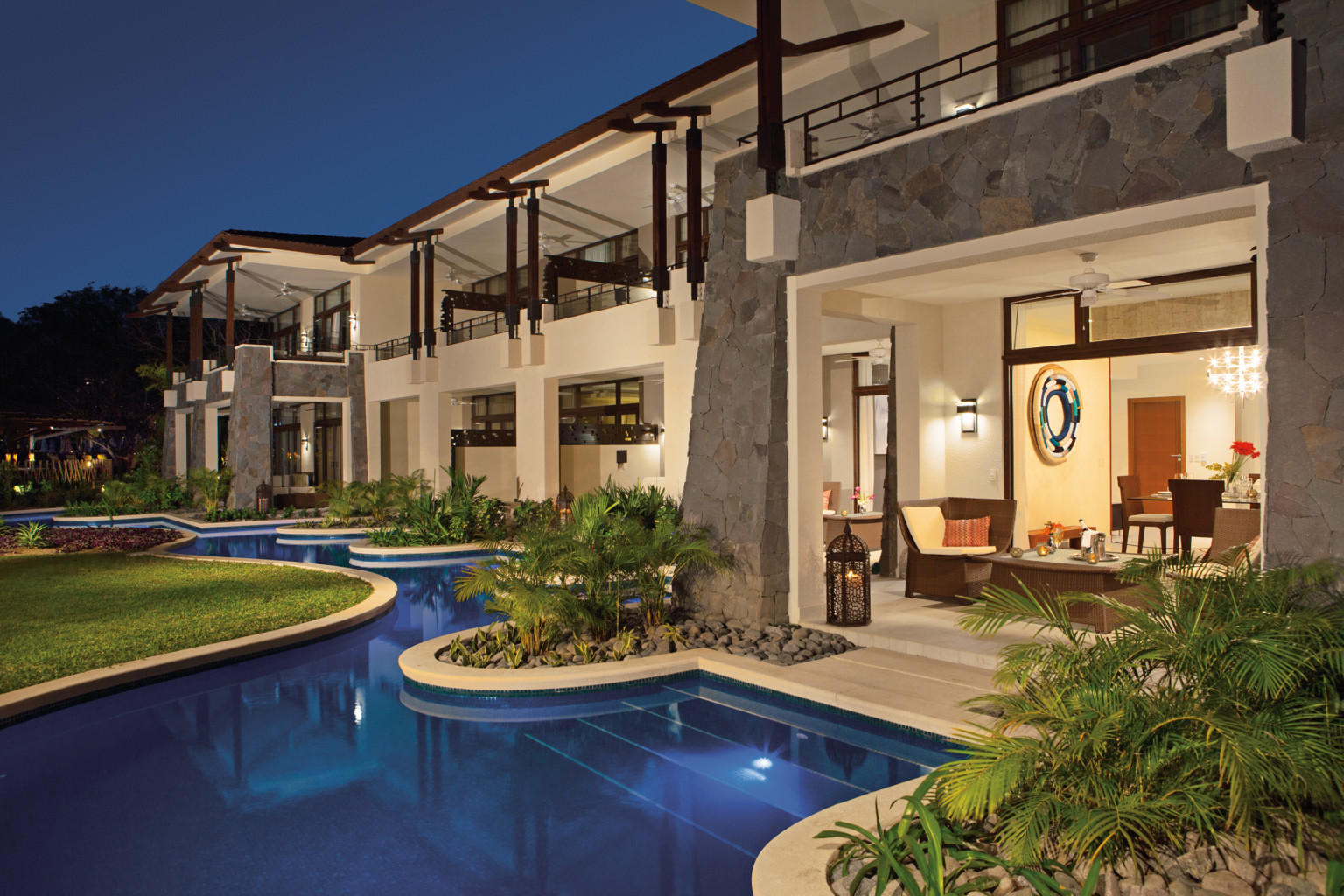 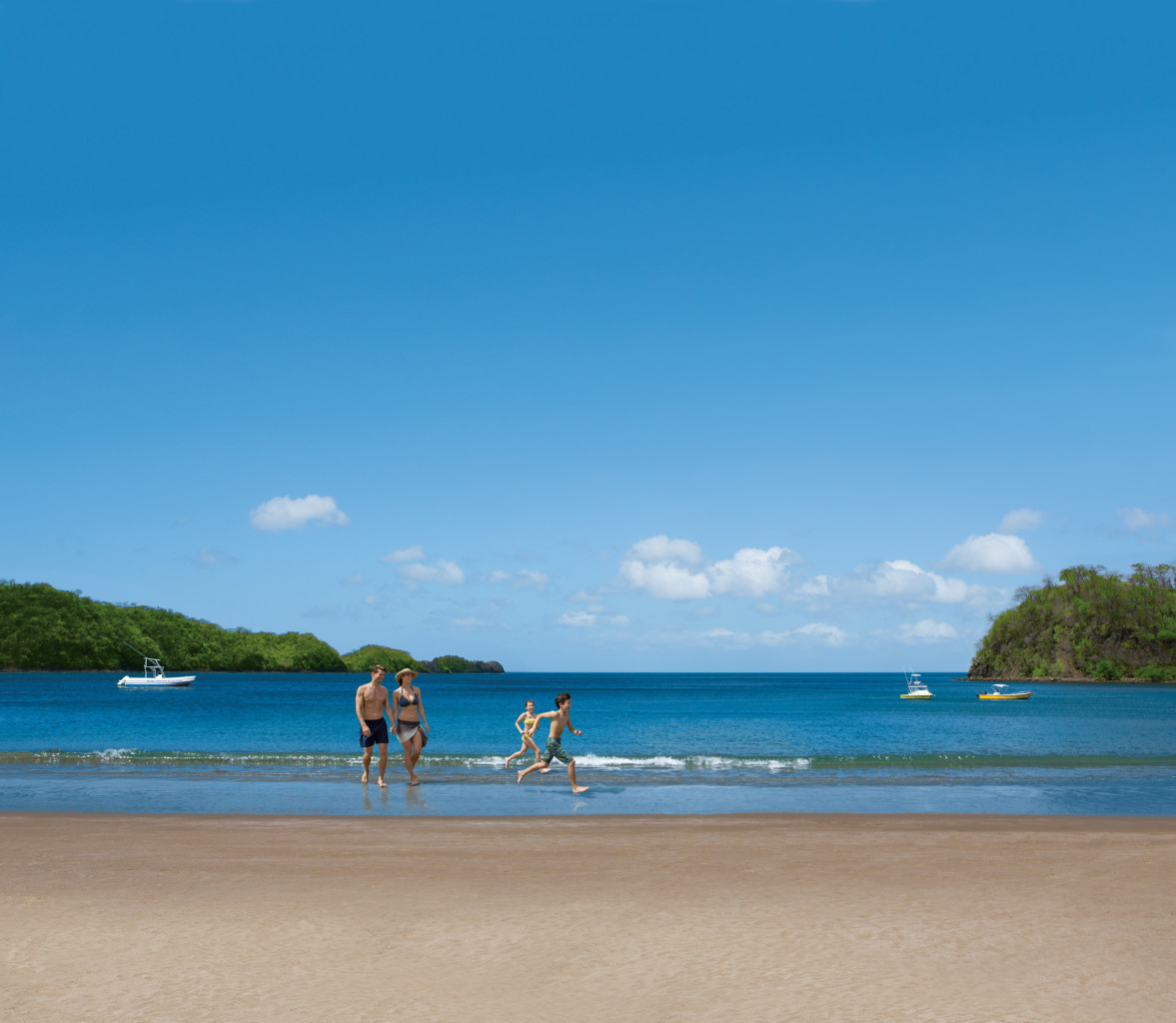 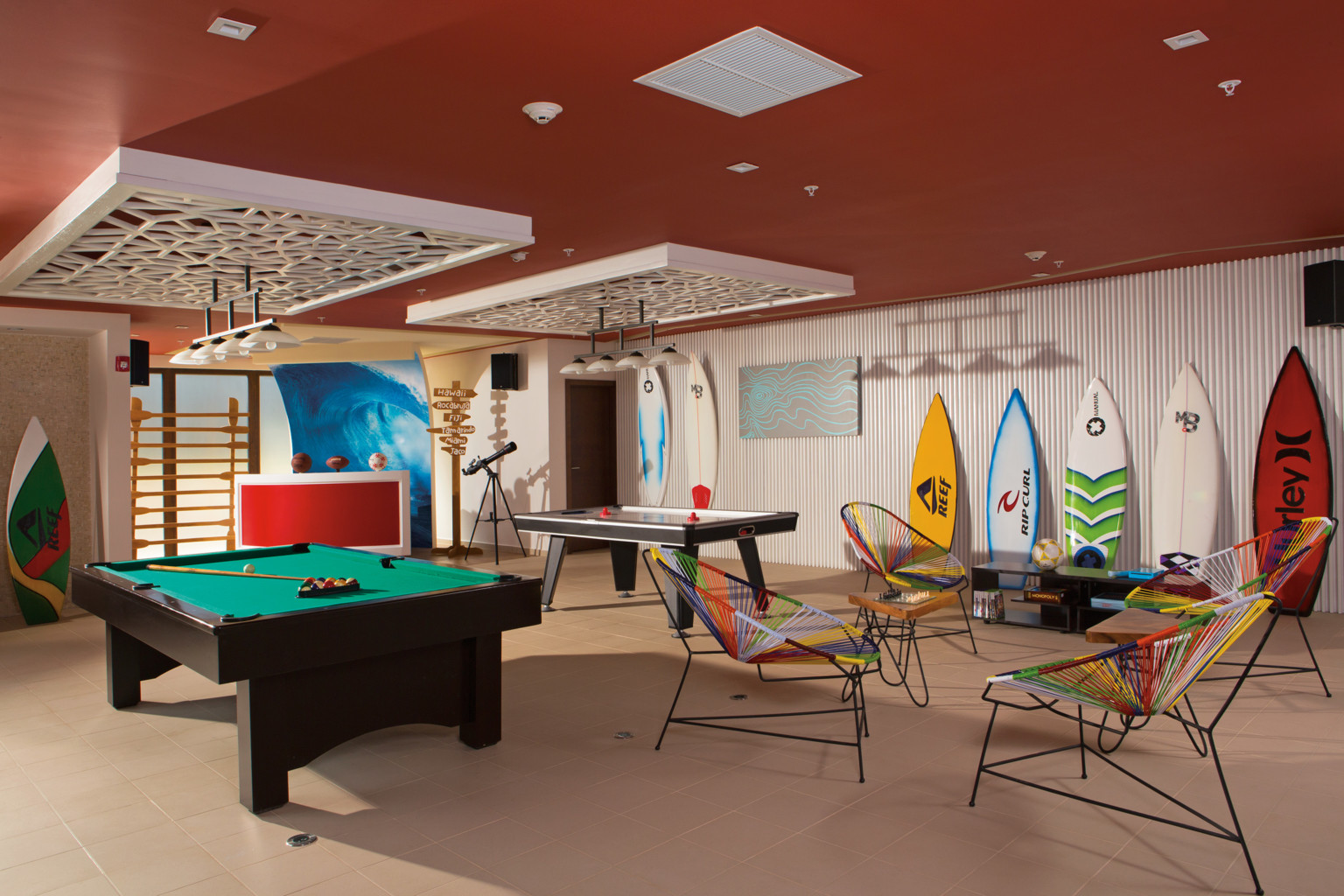 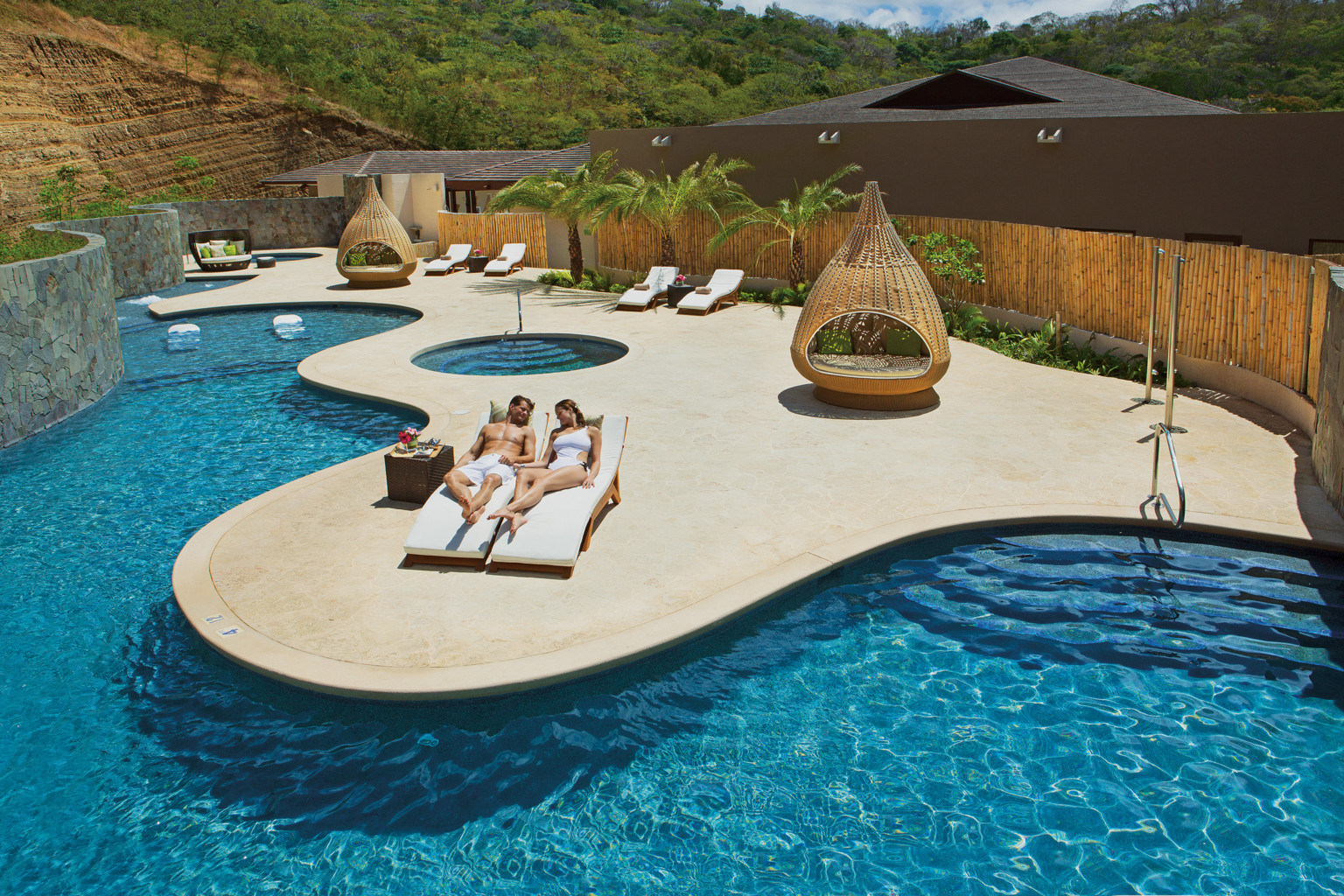 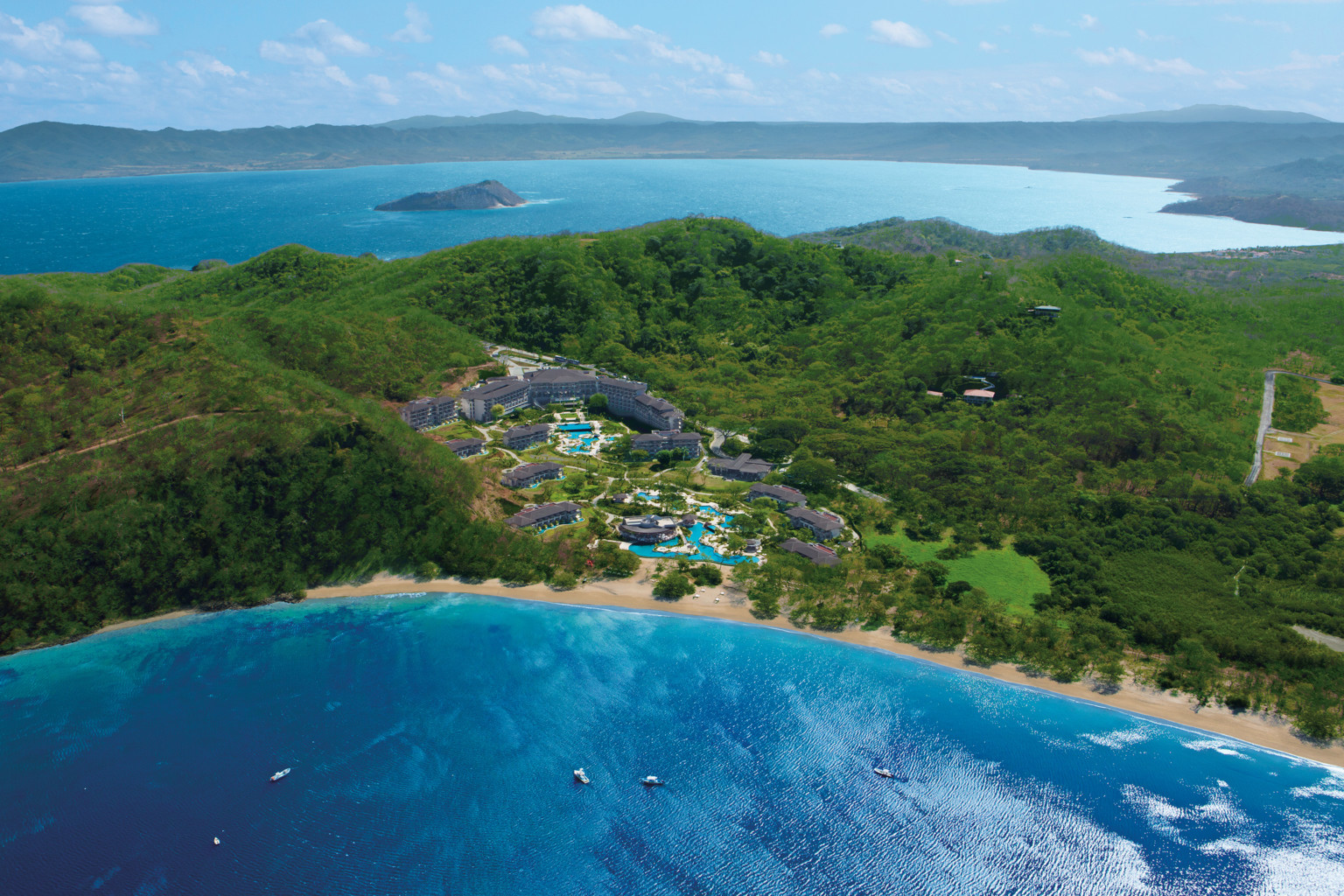 Activities for Children and Youth

Whether you want to soak up the sun on pristine beaches, hike up volcanoes or experience exotic wildlife in ancient forests, the Guanacaste region of Costa Rica boasts all of this and more.

While in Costa Rica, the Shaklee Family will enjoy the luxurious hospitality of Dreams Las Mareas Costa Rica — a vibrant tropical getaway for people of all ages.

Located on an expansive palm-studded beach and surrounded by lush green mountains and jungles on Playa El Jobo, you will enjoy an action–packed vacation featuring watersports, land activities, and swimming pools while sunbathing or laying under a thatched palapa. Continue the fun into the evenings with live nightly entertainment, outdoor bars and lounges, and so much more.

At Dreams Las Mareas you can do as much or as little as you want. During your stay, here are just a few of the opportunities for fun, sun and enrichment you can enjoy.

*For an additional fee.

There are 4 ways to earn points while growing your business

You don’t have worry about keeping track of your own points.  Visit your Incentive trackers to see your point total, your targets, and your breakdown of points toward earning this amazing trip!

In addition to accumulating the required points:

How to Earn Points

How to Earn Points

You can earn points in four different categories tied to the growth and development of your business:  Sponsoring, Rank Advancement, PGV+ Growth and Developing Depth (QOV Growth).

Earn points for new people you sponsor with a qualifying product purchase.  The more you sponsor new Preferred Members and Distributors– and the more you work with and motivate them to reach the purchase levels below – the more points you can earn[i]:

[ii] A maximum of 100 Sponsoring Category Points, including Sponsoring Carryover Points counts toward the Dream Trip.

Sponsoring Points will be awarded for Member and Distributor sponsoring as each purchase level is reached before the end of their first full calendar month from their join date. The total points awarded will be for the highest purchase levels reached.  Points must be earned by December 31, 2019 in order to count for the January 1, 2019 – December 31, 2019 Qualification Period.

Example 5: Janine purchases a Prove It Challenge™ and the Distributor Welcome Pack.  Her Original Sponsor Michele earns 4 Sponsoring points.  Janine purchases one Success Pack 60 days after her join date.  No additional points will be rewarded.

To earn Rank Advancement Points, you must achieve the new Paid As Rank and maintain for 3 additional consecutive months (for a total of four consecutive months)[ii], without personal use of Volume Grace Months or waivers.

New rank is determined according to the Five-Year Rule, meaning that the rank achieved must meet one of the following criteria:

Example 1:  Associate Alan promoted to Director in January 2014 and met all requirements of rank in February and March 2014.  In April and May of 2014, Alan took Volume Grace Months and in June 2014, Alan was retitled to Associate.  Alan’s base rank is Distributor. When he achieves and holds the rank of Director he will earn Rank Advancement Points.

[i] Although a Preferred Member may accumulate points, they must become a Distributor or higher in order to earn incentive trips or recognition as specified in the requirements for each of those programs.

[iii] The Five-Year Rule as defined here supersedes the definition in the P&R.

You earn PGV+ Points according to the increase over your Base:

Points are cumulative, so if you increase 72,000 PGV+ over your Base you will accumulate 600 total points in this category.  Points will be awarded in the PV month in which they are earned along the way.

Your personalized adjusted monthly PGV+ targets for each point threshold can be found on your Dream Tracker.

Your cumulative PGV+ Base is the greater of:

Example 1:  Business Leader Alan had 3000 PGV each month during the Base Period.   He had no First Generation Leaders in December.  His PGV+ Base is 36,000.

During the Qualification Period, the PGV of any First Generation Leader who meets any of the following criteria will count toward your PGV+:

Depth Development (QOV Growth) points are available every month you hold the Paid As rank of Coordinator or above. You can earn points by achieving a set QOV growth target of 2000 QOV, 4000 QOV or 6000+ QOV above your average 2018 monthly QOV base (January – December 2018).

You earn Depth Development (QOV Growth) Points each month you increase over your base:

Points are earned monthly, so if you increase your monthly QOV by 4000 each month you will accumulate 180 points in this category.

Your personalized monthly QOV targets can be found on your Dream Tracker.

Your base is the greater of:

Example 1:  Business Leader Heather had a cumulative QOV total between January – December 2018 of 72,000.  Her average monthly QOV base is 6000. Every month she has at least 8,000 QOV she will earn points in this category.

Points may be earned from Promotions or Incentives offered during the Qualification Period (such as a PGV+ Challenge).  The Promotion rules will specify how these points will be earned and how they will be displayed on your tracker in this category.

In the case of the formation or dissolution of a Combined Distributorship, the Company will adjust bases and points on a case by case basis.

Additional Requirements (for ALL Qualifiers)

Leadership Qualification for Keys and Above

Eligible Key Coordinators and higher may qualify for the Dream Trip under the alternate Leadership Qualifications in lieu of qualifying by points.

To be eligible to qualify using the Leadership Qualifications, you must have been a Paid As Key Coordinator or higher in at least four PV months from January – December 2018, not necessarily consecutive.

You must meet all of the following criteria to qualify:

Keep in mind the highest reward you can earn for the Dream Incentive Trip is 2 people in one room.  If you qualify via the Leadership Category and you qualify with 600+ points you will receive the highest reward possible which is 2 people in one room + $1,500.  One member of the distributorship must register for and attend the Dream Trip in order for the distributorship to receive the $1,500 cash.

[I] A maximum of 100 Sponsoring Category Points, including Sponsoring Carryover Points and Success Bonus Sponsoring Points, counts toward the Dream Trip.

[II] Although a Member/Preferred Member may accumulate points, they must become a Distributor or higher in order to earn incentive trips or recognition as specified in the requirements for each of those programs.

[IV] The Five-Year Rule as defined here supersedes the definition in the P&R.

Take advantage of the following resources to learn more about Shaklee incentives and how to earn this amazing trip!

How to Earn
English